Found a slightly touchy graupel layer setting on top of a well frozen melt/freeze layer in the 10500' zone on NE slopes at the end of Soft Core Ridge. Above the graupel layer was ~40cm of new, heavy damp snow. 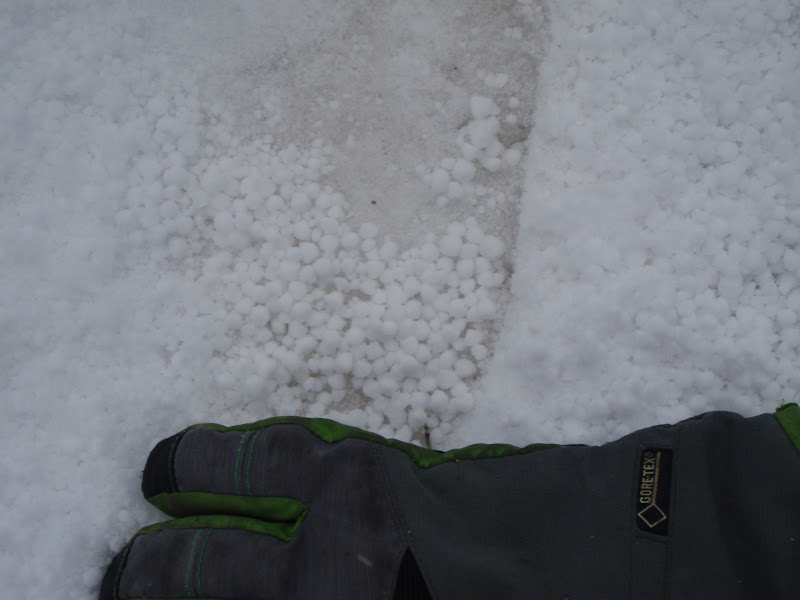 But numerous hand pits and tests along the skin track and known starting zone revealed that failure and propagation was unlikely.
PST 35/100 (SF) ~40cm down. More on the PST.
ECTN15 through ECTN17 ~40cm down, Q3 to Q2, resistant planar. More on ECT.

So I dropped a steep little shot on to a steep slope and carved a big ski cut to a semi-safe zone. Nothing. Rest of the gang came to me one at a time. Saw one little pocket pull out and slide a couple of feet but the pocket did not propagate.... So we dropped into the chute, one at a time. It was a dense heavy snow surf that felt great once ya got going fast and up on top of it... 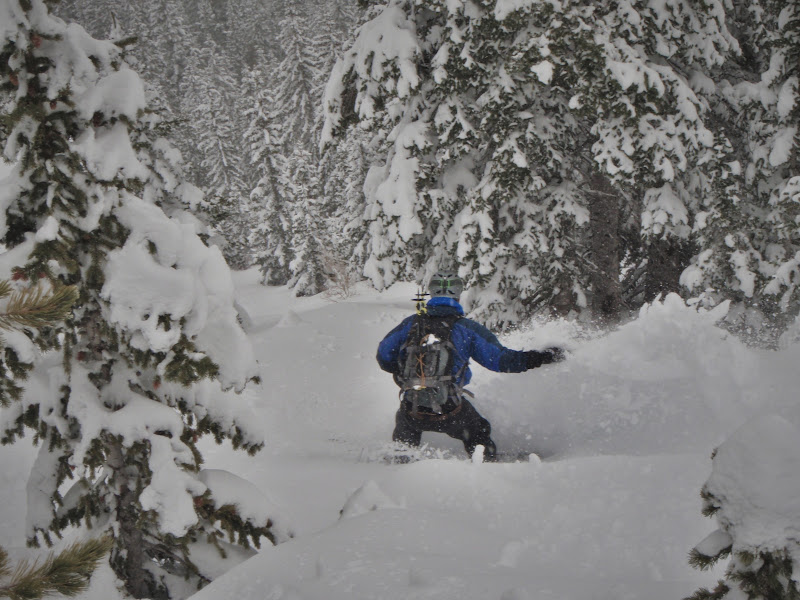 Late in the day, as the temperature increased, we saw lots of roller balls and small wet snow slides.


'
Troy Marino is a splitboarder and on the KPAC board of directors.
KPAC Snow Summary.
Future Guidebook?!
Top
Locked
1 post • Page 1 of 1

Users browsing this forum: No registered users and 1 guest