On Saturday the warm temperatures created a sun crust on much of the mountain except for the steeper North aspects. We saw some micro loose wet-snow slides on the skin track, then from a distance, we saw the aftermath of a bigger one on a more sun exposed aspect. Near the top of Doyle we found some moderately sensitive and soft wind-slabs but the variable winds had stirred them up and they were discontinuous. We rode the Sickle Moon line.

Our tracks in the Sickle Moon Path of Doyle. 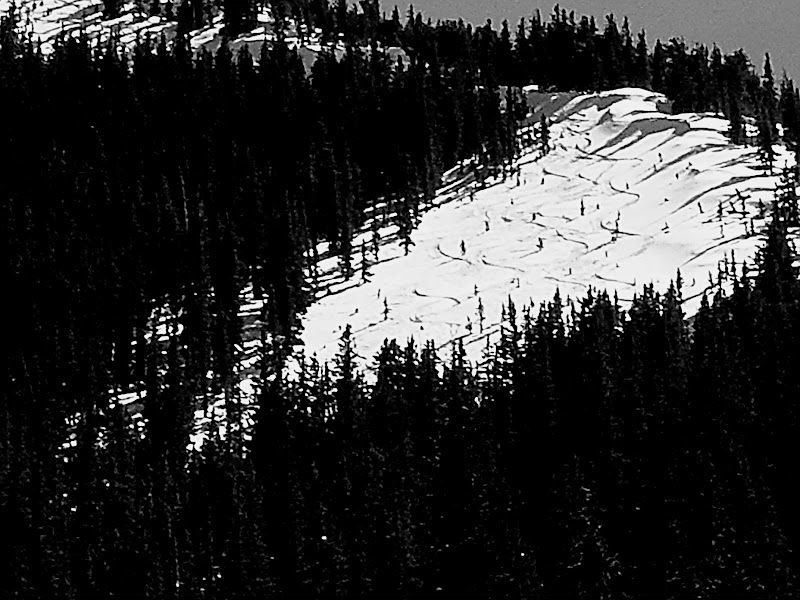 On Sunday, we toured further East and noticed that the Telescope Path of Doyle appeared to have some old debris piles in the lower angle run-out zone.
Here is some snow data from the Black Bear Chutes of Doyle. (two graphs of the same data) 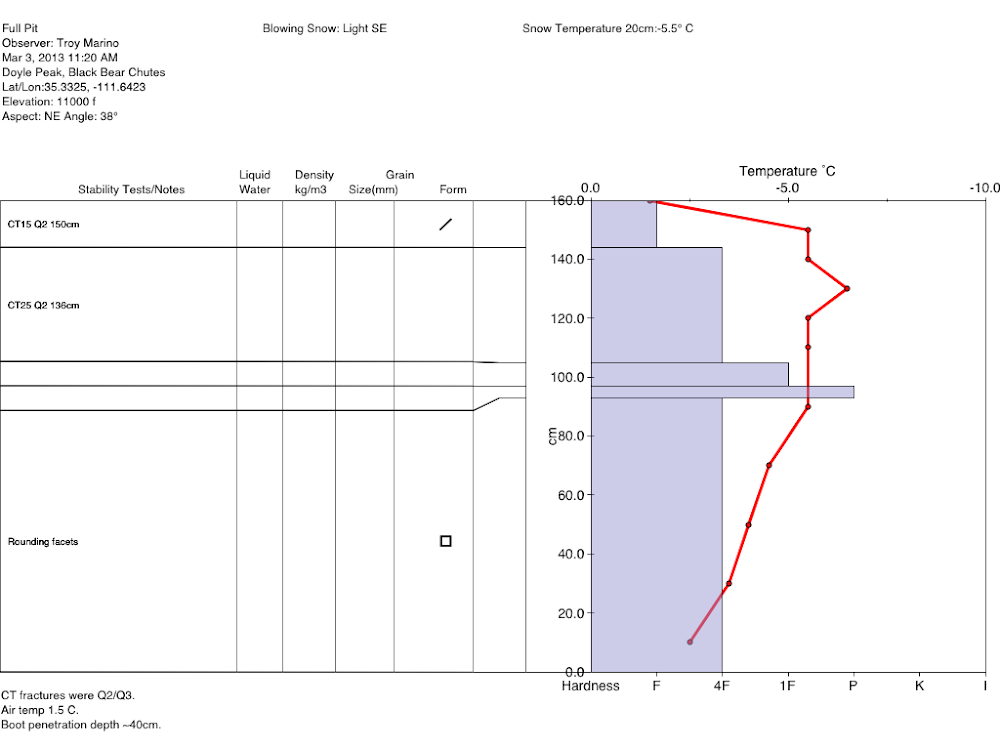 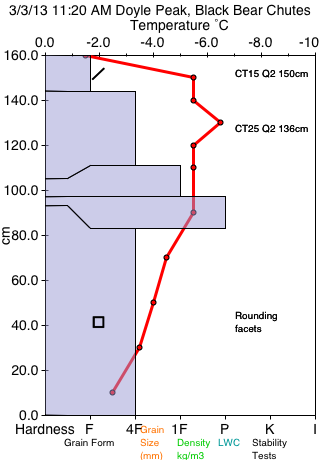 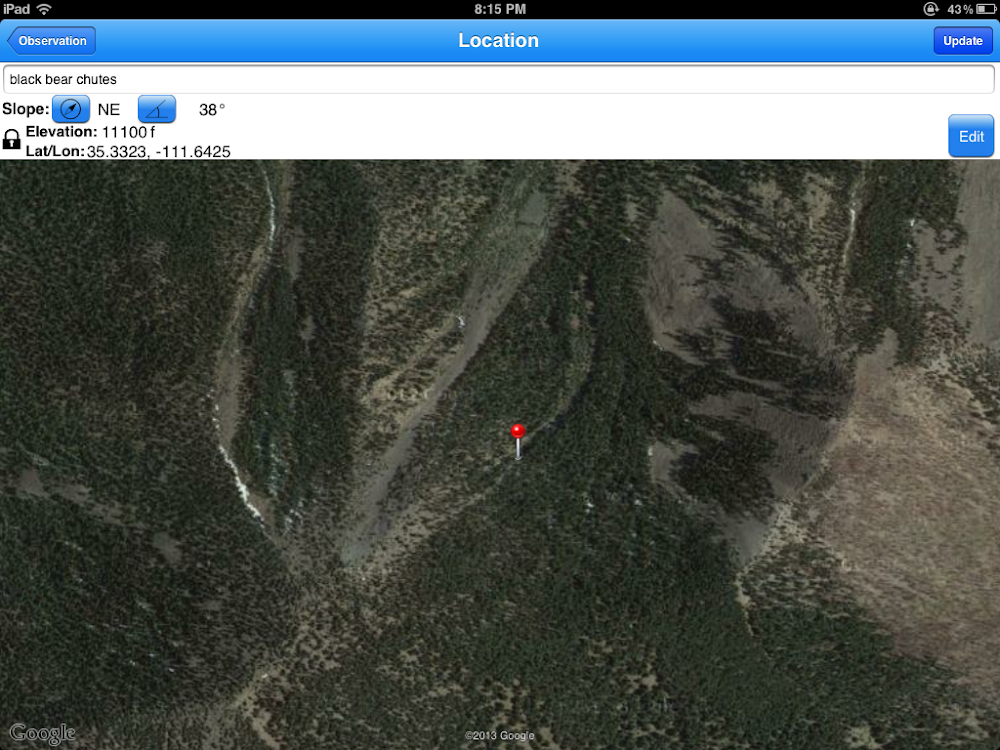 Video from my phone: http://youtu.be/-ubAR6WUJY8

Video and Pit data from my phone!
Troy Marino is a splitboarder and on the KPAC board of directors.
KPAC Snow Summary.
Future Guidebook?!
Top

Users browsing this forum: No registered users and 2 guests