Toured up to the Northern zone of Fremont Peak, last Wednesday. This was the morning after about 25cm of cold stellar snowfall.

Decided to stay away from Jay's Slide/Silverton area due to obvious windslabs and loading.

Could see some soft storm sloughs had released high in the steeper starting zones of Telemark. Nothing big.
In the runout zone of Telemark we had some basel facet propagation results that were alarming. https://snowpilot.org/node/7599
That was 25° terrain and had the deepest snow of any slope I have yet seen this year (1.5m). It also turned out to be a poor pit location; the geology, bushes, and snowpack did not match what was higher on the slope. No collapsing in our ski track.
As we got into 30 degree terrain the snowpack thinned out, with little cohesive slabs. It was soft but thin, and appeared to not have the basal problem. We added some safe travel distance and as the angle kicked up we went into the safer trees and practiced a lot kick turns. It was a great skin track actually.

25° terrain with some steeper stuff above us (over my shoulder in this photo). good place for safe travel spacing. 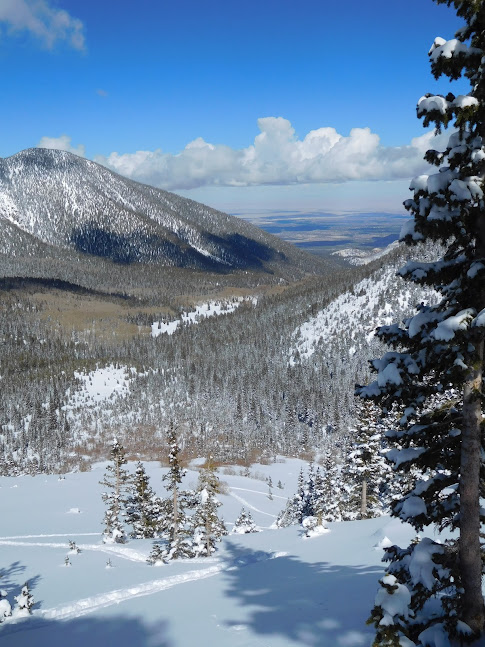 Some jumping at the edge of (what I call) the MTB chute, some quick hand pits and pole poking continued to reveal a thin snowpack and no widespread cohesive slab...

Lap 1. Hit some rocks but had a good run in the lower 1/2 of the MTB Chute and some of the lower (skier right) part of telemark. In retrospect, we should have performed a ski cut as an added measure of safety. This was a fair to good location for a ski cut.

Lap 2. Decided to poke a little further out into Telemark (skier right side). It too was a thin snowpack (~75cm) with no cohesive slab. ECTX. Based on views from earlier this season, skier left side of Telemark likely has a deeper snowpack.
No great spot for a ski cut here... lets go. Good fun turns but still hitting rocks. Still too thin to let it all hang out with speed.

Video of Run 1
Troy Marino is a splitboarder and on the KPAC board of directors.
KPAC Snow Summary.
Future Guidebook?!
Top
Post Reply
1 post • Page 1 of 1

Users browsing this forum: No registered users and 3 guests